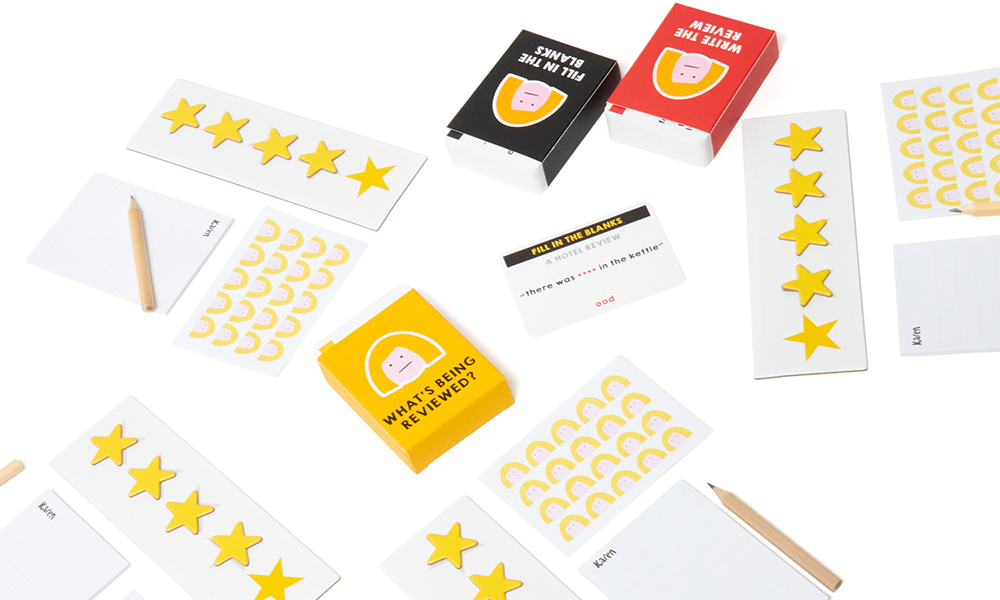 Format Games brings you a night filled with laughter and entertainment with the game of one star reviews, Karen. The game is cheeky, fun and absolutely outrageous, it will ensure laughs are had by all who play!

In Karen, each player is going to sneak their own fake complaints in amongst hilarious REAL one star reviews found online, to try and convince their opponents that THEY are the real Karen...

Tryazon will select 100 hosts for the opportunity to join the fun. Those chosen will receive two copies of Karen to play and enjoy with friends and family. Learn more about the game and party by clicking the tabs below!

Hosts selected for this party will receive a party pack valued up to $75+, containing the following items: 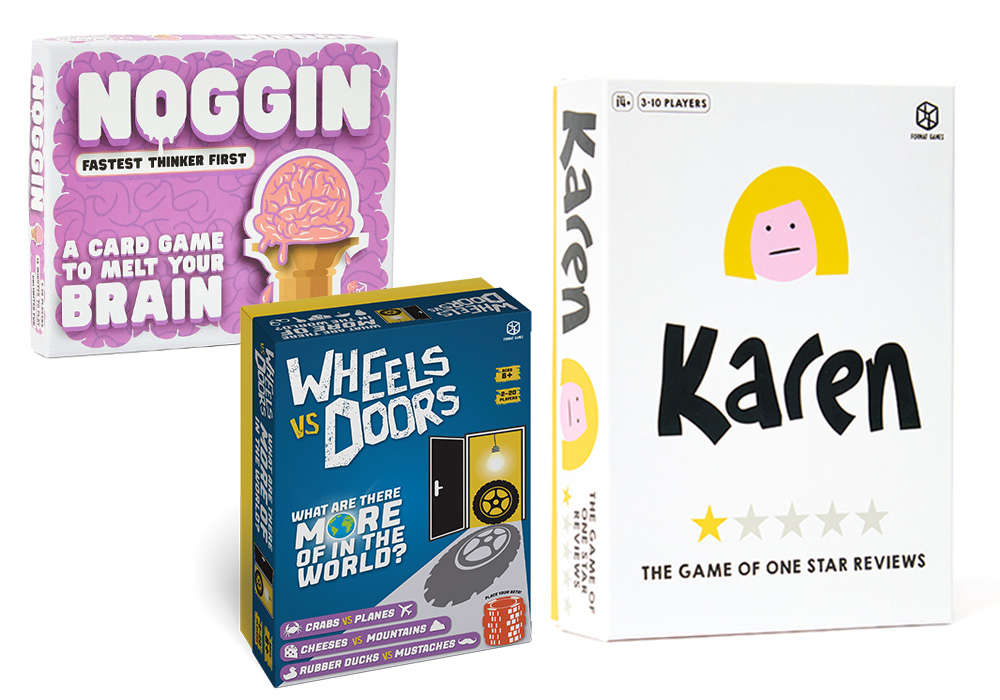 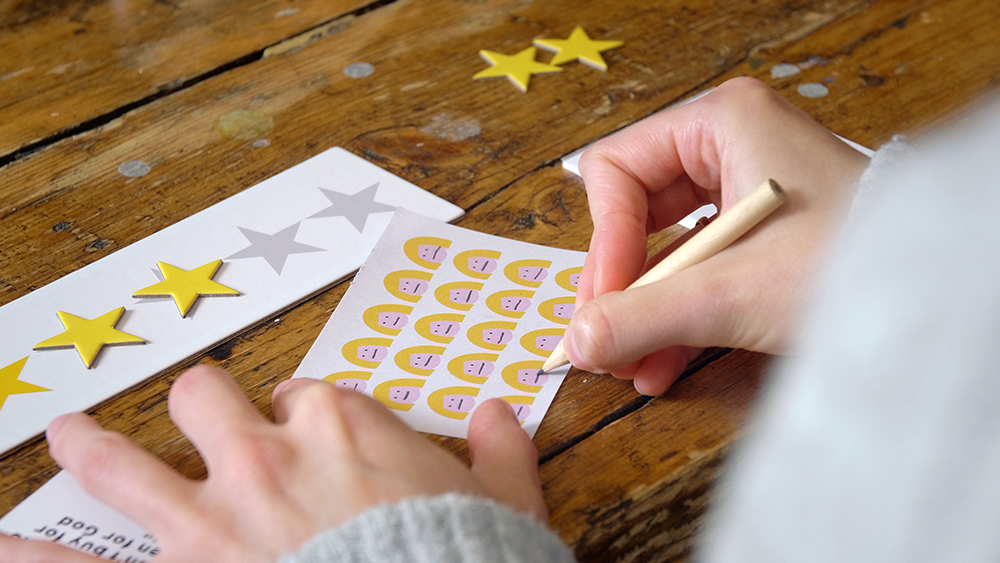 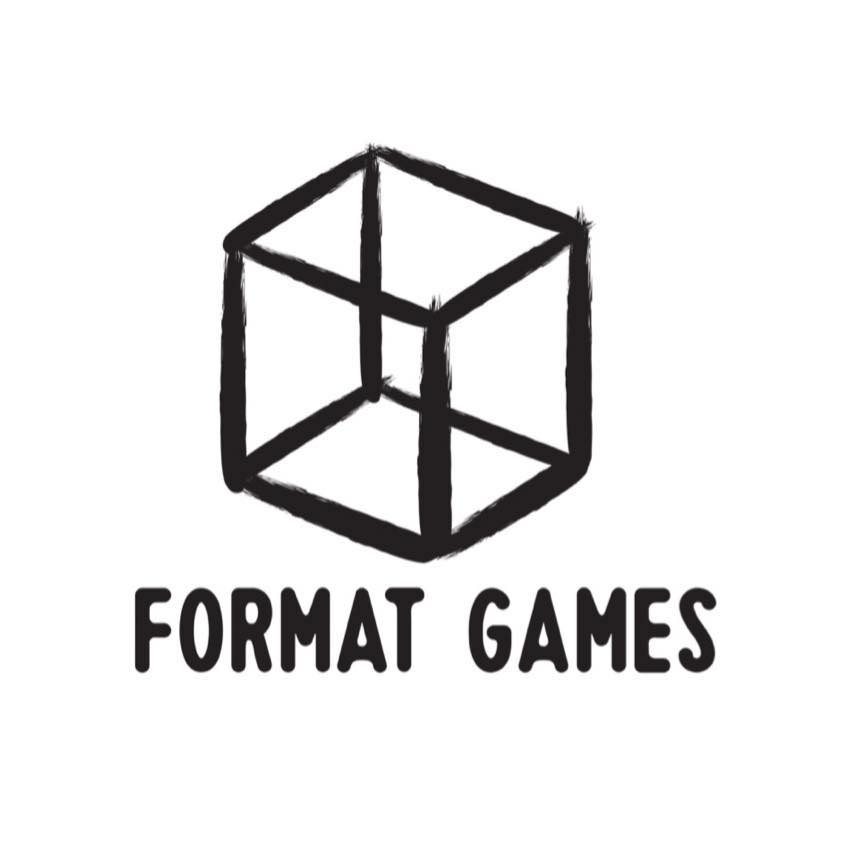 Format Games are shaking up the world of board games with their fun, fast-paced and feel good range of games.

During lockdown, rather than learning Ancient Greek or stock-piling toilet paper, UK radio DJ and TVpersonality, Matt Edmondson, channeled his creative energy into designing games. In this process, Matt taught himself graphic and packaging design, copywriting and learnt about the games’ manufacturing process - everything needed to bring the games to the market independently. Partnering with his brother-in-law, businessman Laurence Emmett, the pair founded Format Games. Their catalog of games include immensely replayable trivia games, such as Ansagrams and So Wrong It’s Right, as well as popular new titles, Wheels Vs Doors and Karen.

Format Games’ credibility as an indie games label was given the ultimate seal of approval by Asmodee UK, who first signed them up for UK distribution in February 2021. Seeing the potential of Matt’s designs and recognising the worldwide appeal of the game formats, August 2021 saw Asmodee swiftly follow up with an exclusive global distribution deal covering the US, Canada, New Zealand and South Africa. Format Games are excited to launch their new games in the US, Karen, Wheels Vs Doors and Toodles. 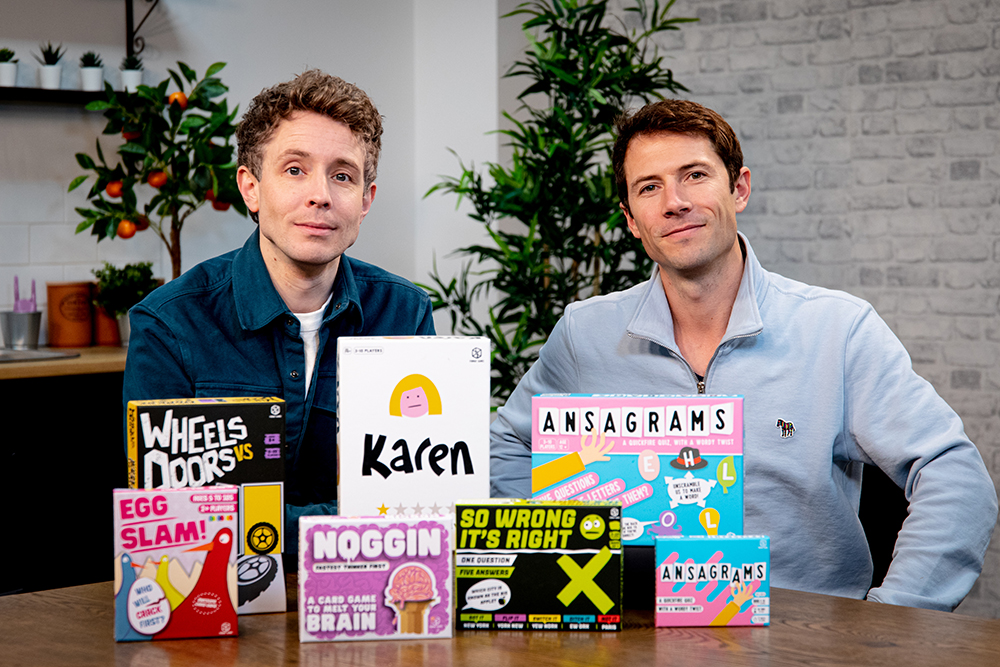 Karen
In Karen, each player is going to sneak their own fake complaints in amongst hilarious REAL one star reviews found online, to try and convince their opponents that THEY are the real Karen...

Players start with five stars on their scoring star boards. The aim of the game is to lose four of your stars and be the first player with only one star left on your board. Simple.

Players need to win five points to be able to remove a star. They mark off these winning points by drawing a disappointed mouth on the Karens at the top of their pads. 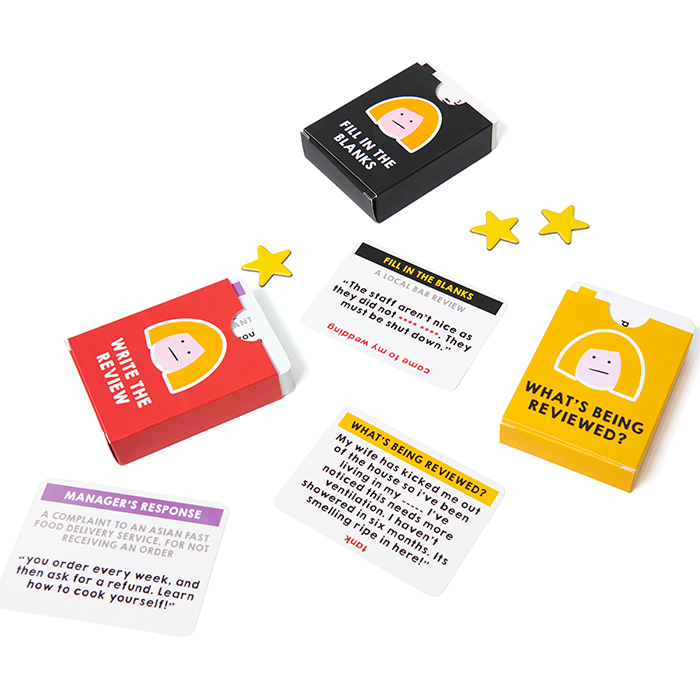 Wheels Vs Doors
What are there more of in the world, Wheels or Doors? In March ‘22, this unanswerable question was thrown out on Twitter by a man from New Zealand, and it sparked a global debate that still rages on today. Frankly, we will never know, though Matt and Laurence sit firmly on Team Wheels.

The hilarious arguments that transpired between members of Team Wheels and Team Doors got Matt thinking. He knew a game could be created that could harness this kind of debate again and again, and with many late nights and a sparkle of genius-like creativity, we’re proud to present our latest game in double quick time.

Wheels Vs Doors asks the questions that nobody has ever asked. Like ‘what is there more of in the world?’ Airports or Hippos, Bristles on a Toothbrush or Varieties of Cheese, rivets in the Eiffel Tower or characters to have appeared on the Simpsons.

You will have 5 poker style chips, start with 3 wheel and door tokens and will be asked what you think there is more of in the world, and will be comparing two things each time. The statistics are brilliantly random.

The first person to win 10 tokens of either wheels or doors, wins. Beautifully simple, debate and laughs guaranteed. Let the arguments begin! 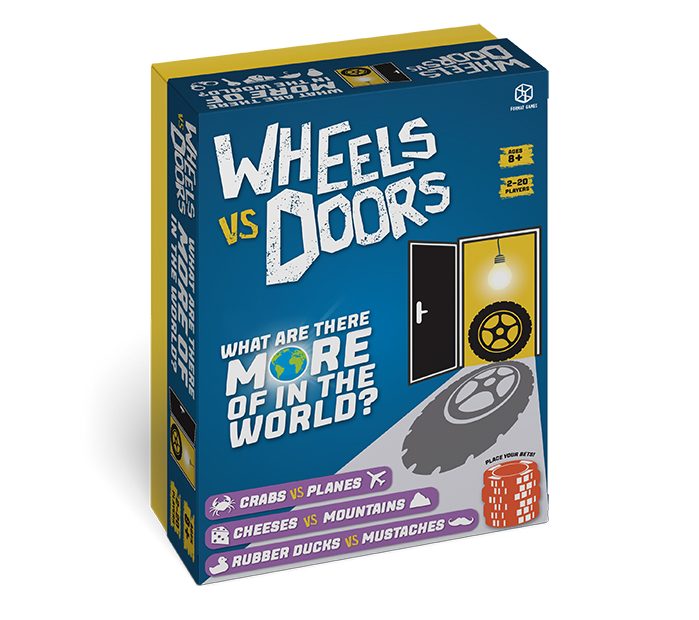 Noggin
Noggin is the best game you’ve never played. It’s all about reacting fast to random pairs of letters, for example, if you were asked to think of a word that starts with an A and ends with an M could you do it? Maybe you’d think of ArM or AlarM?

What about a word with those two letters in the middle. You might say flAMe or dreAMs.

What about a famous person with those initials Anthony Mackie… Maria Antoinette.. Muhammad Ali?

What about two words that have a connection beginning with each of the letters? Astronaut and Moon or Ambulance and Medicine.

Included in the pack are letter cards and action cards. With seven types of Action cards and an unlimited combination of answers. Noggin provides a quick-thinking, replayable challenge for children, teens and adults alike! 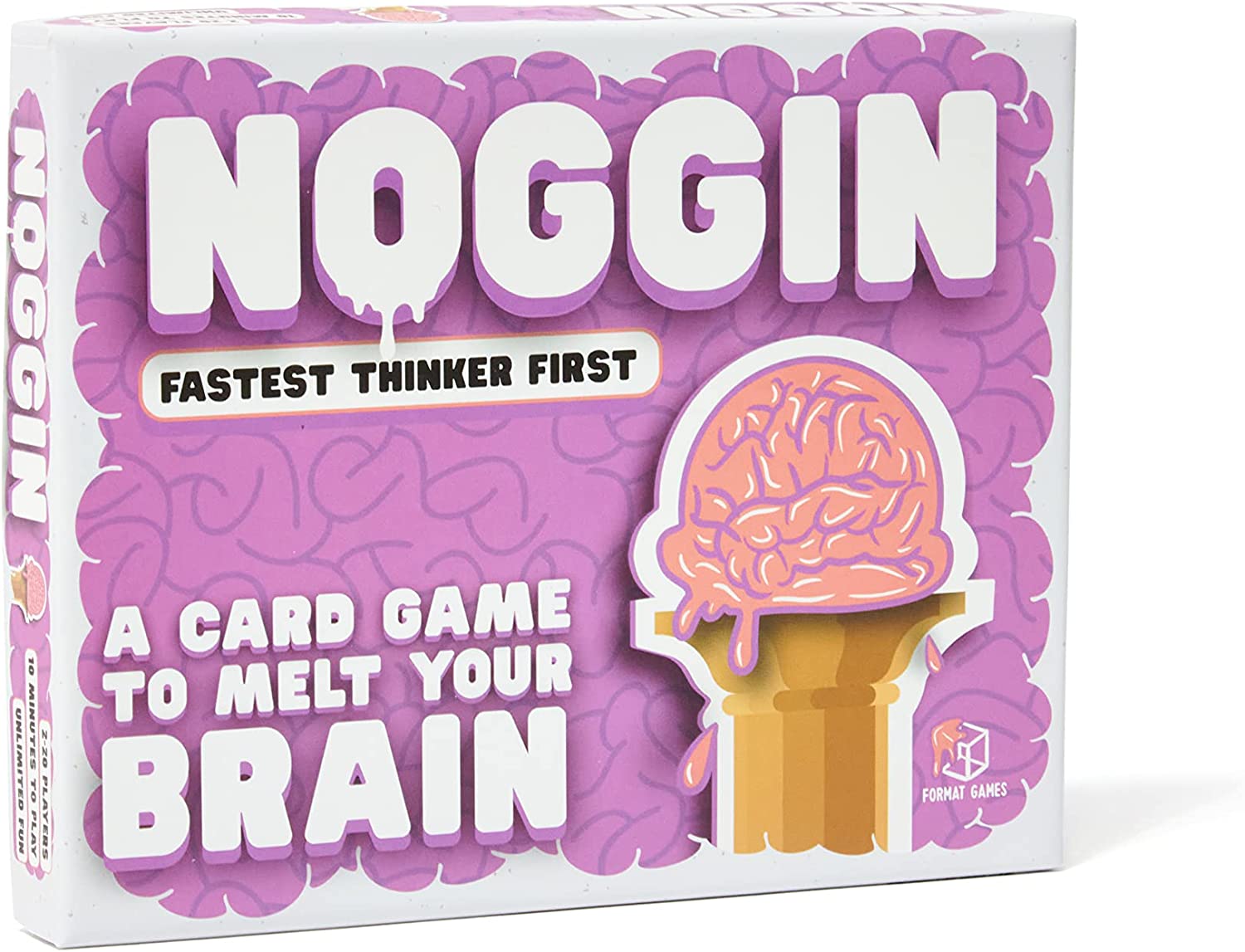 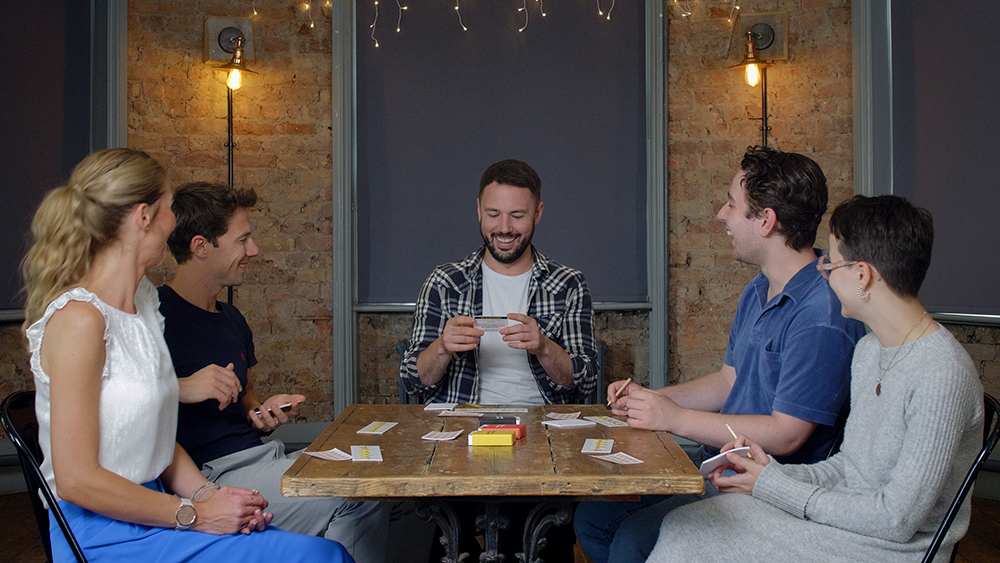 
Note: These timelines may not show up on certain browsers
Please make sure you previously signed up to be a Tryazon Host and then complete the following form to apply for this party:

Tryazon will select up to 100 hosts for this party.

Bought this to play with work colleagues, family and friends. Its a really fun game and easy to pick up! Definitely worth a play.